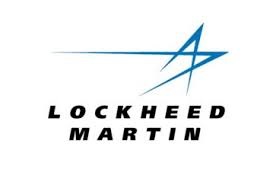 Jimmy Keith McCurdy was born on August 7, 1953 just outside of Waco Texas. On March 10, 2021 he was called home to be with his Lord and Savior while working in Alabama. He and his wife, Judy resided in Waxahachie for the past 30 years of the 40 years together.

At the age of 16 he began working various jobs, as he decided not to continue high school.  He later earned his GED in 1979. In 1986 he had the opportunity to work at Vought Aircraft (LTV) as an inspector in the Bond Shop. He was laid off from Vought 1990 but soon earned employment at Lockheed Martin in 1996.  He progressed rapidly through his profession and quickly saw the need to further his education. While working at Lockheed Martin full time, he earned his Bachelor of Business Studies from Dallas Baptist University in 2011. He contributed to many programs over the years including the B-2 Bomber, C-17 Airlifter, the Boeing 747-757-767, Tacms, Pac 3, Guided MLRS, MLRS, ELES, & ERINT, along with a host of other programs within Lockheed. He worked in various roles throughout his career and eventually retired as a Senior Quality Engineer of all programs in 2018. Retirement was short lived as his expertise was called upon once again.

Jimmy was a true master of many things and was able to fix any problem set in front of him.  He had many hobbies, which included hunting, golfing, cooking, vintage cars, and spending time at the river with his family and friends.

In lieu of flowers donations can be made to Breast Cancer Awareness.

To send flowers to the family or plant a tree in memory of Jimmy Keith McCurdy, please visit our floral store.

Video is available for this event

Video is available for this event